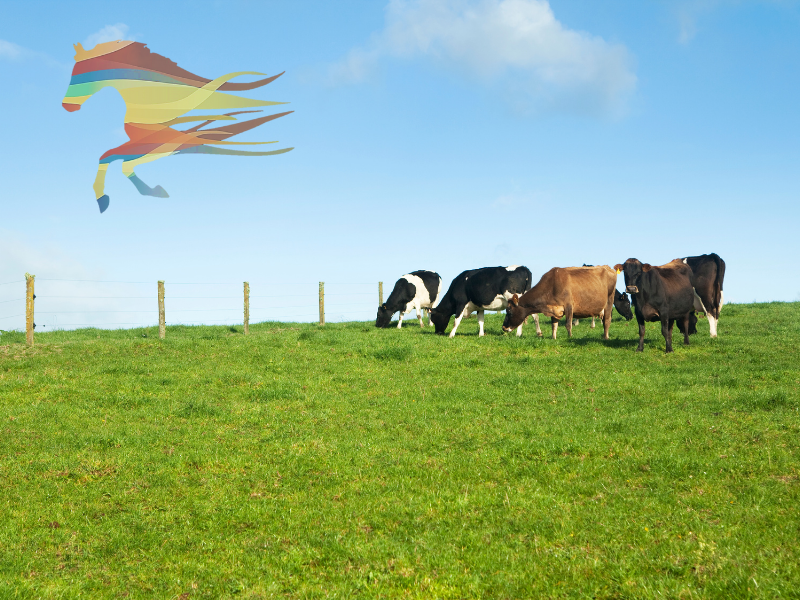 Another excellent example of farm diversification giving farmers improved financial security and sustainability. The key elements here are a focus on mixed but complimentary farming and also value-adding. These are simple ideas which can be adapted and applied to most family farms across the country.

Organic eggs and ice cream have helped secure the future of a Norfolk family farming business after they lost custom for their liquid eggs in 2014.

Looking to ensure sustainability and profitability for their egg production, Simon Dann and his son Alex, who run a 629-acre mixed farm near Dereham, converted to organic.

After returning from Reaseheath College, Alex also wanted to expand the farm’s dairy side, a move which has added value to both the milk and eggs they produce. Alex has since overseen the build of a new dairy unit for 400 cows – a two-million-pound investment. The farm’s business changes were developed after fast-food giant McDonald’s halved their usage of liquid eggs.

“In 2014 I was keeping white hens for a liquid egg contract,” Simon said, “We’ve had free-range hens for 28 years, with 8.5K birds in each unit on two sites. Unfortunately, McDonald’s halved their usage of liquid egg, so me and the two other producers involved didn’t have a market for the eggs. We were all very happy with the performance and management of the white birds; all of us would have carried on.”

When the contract came to an end, he struggled to agree a decent price for standard free-range eggs.

“If I was only getting 82 or 83p a dozen I wouldn’t be breaking even. Also, I needed to invest; we re-built one house, with new Jansen slat and two-tier nest boxes – as well as a Damtech packer, ready for the organic birds. This has meant it only took one and a half hours a day to pack the eggs – with the costs of even basic labour increasing, it is a significant saving. However, the other site needed a lot of work as well.”

This was when Simon decided to convert to organic, with the aim of improving margins: “I’m working with Anglia Free Range Eggs; we converted the land and are using the existing units to each house two flocks of 3K birds.”

As well as maximising margins Simon and Alex have focused on adding value to everything they produce on the farm. The yolks from the farm seconds are used in ice cream, along with around 50 thousand litres of milk.

“Our main market is on the North Norfolk coast, Holkham etc. but obviously it’s quite seasonal,” Simon said. However, Dann’s produces ice cream all year round, as the products can be kept in the freezer until the summer. “As well as a range of ice cream flavours, we make sorbets, flavoured milk lollies and even an iced treat for dogs – Pupsicle.”

The Dann’s 400 strong herd of pedigree Holstein-Friesian cows produce over five million litres of milk a year. “I’d like to have a small herd of Jersey cows, just for the ice cream but Alex is taking some convincing. Our dairy production isn’t currently organic, but we are investigating the possibility.”

Another value add is using all the crops produced on the farm to feed the cattle. Maize silage, grass silage, wheat and maize grain are home mixed on site, saving them around £50 a tonne.

“At the moment we buy our laying rations from Noble but home mixing is something we are also looking at for the hens. I’m aware that much of the raw materials used in organic rations comes from eastern Europe and China. It would make sense from a sustainability point of view if we could use our homegrown cereals in the ration.”

Simon also cited the issue with increasing feed prices for conventional diets, whilst the cost of organic rations has been less volatile – another reason that organic production is working for him.

He has been so pleased with how the organic egg production is going, he is planning to expand: “We have an area of permanent pasture and established woodland that would be perfect for hens. So, I have bought three second-hand mobile Halo buildings, which will be available in the spring.

The farm has agreed with Anglia Free Range eggs that these will go into production in autumn 2021, which means an increase from 12,000 to 21,000 organic hens.

Our goal at Flame Marketing is to help farmers across the country to become more financially and environmentally sustainable. We take time to consider what forms of diversification will be most effective on your farm and then look to provide marketing services which are agri-focused and impactful.

If you are looking to start a diversification project or want to transform your farm check out our fire starter package and book a consult with us today.