How Investing in Agri-Marketing can Increase Revenue for your farm

Farm Diversification: Use stewardship as a tool to boost profits

Farm Diversification: Use stewardship as a tool to boost profits

A great article showing the boost given with the new and updated stewardship scheme. It is really helpful for someone that is new to farming or requires a greater understanding of how previous schemes have changed. A great boost for farm diversification ideas.

A farmer has encouraged others to see existing stewardship schemes as a tool to ease operations on the farm and increase profitability. 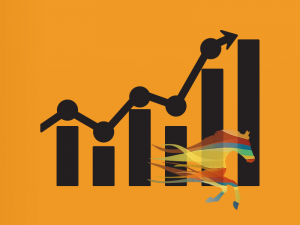 Edward Earnshaw, who farms two arable units with his father in Gloucestershire and Leicestershire, has been in a mid-tier arrangement for the last five years and is in the process of applying for a new five-year scheme to follow on.

He is one of a number of farmers involved in Defra’s tests and trials for the future environmental land management (ELM) scheme and sees stewardship as a bridge between the reduction of Basic Payments and the new Sustainable Farming Incentive.

“This is about identifying where stewardship can make a greater profit than existing operations on the farm,” says Mr Earnshaw.

“If I said to any farmer, they can use what they are already doing or add a few simple things to help the main farming activity they would not wait four to five years to see the money in the bank.

“When I meet with farmers, I say stewardship is a tool, the environmental benefits have been pre-determined, so let us look at the practical options to use in the right place which help the farming business.

“In some cases it is easy money for doing a few simple things, some of which you might be doing already but are not getting paid for it.”

Mr Earnshaw says he and his father have different options to suit the different sol types on each unit.

Even though both traditionally grew wheat, barley and oilseed rape (OSR), the farm in Gloucestershire is thin Cotswold brash and although crops performed well, the average arable profit over the rotation was still lower than in the Leicestershire unit.

“I was never going to compete with the clay loam soil type we have in Leicestershire, even by occasionally outperforming on break crops.

“I did some benchmarking and some simple sums looking at whole rotation performance. Between us we came up with the idea of half wheat and half fallow on the lighter land and not to grow break crops.

“In Leicestershire we took out all the poor yielding areas along the brook and incorporated some wide grass margins.

“We thought £200/acre for grass set aside on the worst parts of the farm was a good idea.”

And what has the impact been on profitability?

“The wheat yield may be a little lower in the fallow rotation but the overall rotation performance is much higher, matching or outperforming the better soil type on a simple profit per acre over the farm in any year,” he adds

“Last year with the bad weather the smaller unit in Gloucestershire made more profit overall, largely owing to the poor OSR harvest in Leicestershire.

“By fixing an income you only need one in five to be bad year in order for it to work out better over the five-year stewardship agreement.”

Mr Earnshaw says that while some farmers would see the one-year fallow option as ‘too radical’ others around the country, particularly on sandy soils in East Anglia, were doing the same to equal success.

He adds: “In a late harvest we do not have to wait for the combine before starting autumn field work nor does the soil suffer from heavy traffic. We can get on early, apply muck and get the wheat in when we have good conditions.

“The fallow also allows us to control blackgrass in the spring but mainly it is about fixing an income and making the whole farming operation simpler. Even the contractors have come to like it.”

Two years ago, Mr Earnshaw diversified and became a stewardship specialist, advising other farmers on ‘practical and profitable’ stewardship applications.

“It is a case of marrying farmers’ knowledge of their land with the practicalities of different options,” he says, adding his father had come around to the benefits of using stewardship in the right places.

“Now we are in our fifth year and re-applying, Dad would like to do a bit more having seen the positives over time.”