Agri marketing: Getting the most from your marketing budget.

Over the past 5-10 years, demand for dairy products from sheep has increased hugely. Almost out of nowhere, the UK agricultural market has been a significant increase in sheep dairy farms appearing. Dairy sheep farming presents a new and interesting farm diversification option for traditional sheep farmers across the UK. In areas such as wales where sheep farming has, for generations, formed the backbone of the agricultural community, this new farm diversification is offering struggling sheep farmers a new, growing and highly profitable market while still maintaining their traditional sheep farming roots. 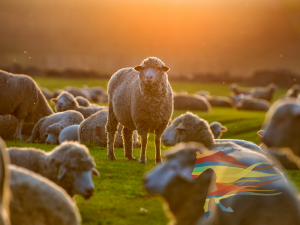 Welsh farmers looking for a new farm diversification option are being encouraged to consider dairy sheep farming – a growing sector that is proving profitable for farmers worldwide. A special Farming Connect webinar was held on February 23rd as part of a Welsh Government feasibility study into establishing a dairy sheep industry in Wales.

The sheep milk market is worth £23bn globally, and it is growing rapidly. The milk is used to make a variety of high-value products from cheese to powdered infant formula milk. Sheep milk, which is easy to digest, makes it an increasingly popular choice for those who cannot tolerate cow’s milk, with the market in Asia, a significant opportunity for producers.

The Welsh Government, working with Menter a Busnes, are looking at the feasibility of establishing a dairy sheep industry in Wales, that is market-led, resilient and focused on high-value products that can offer opportunities to new markets post-Brexit. The webinar included information from experts in dairy sheep farming, including award-winning New Zealand sheep producer, Ian MacDonald. New Zealand’s sheep milk exports were worth £10m in 2019 and are projected to reach £125m by 2024.

The event also featured first-hand experiences from Welsh farmers who are already successfully milking sheep. Taking part in the webinar was agriculture and business consultant, James Holloway, who is leading the project for Menter a Busnes. 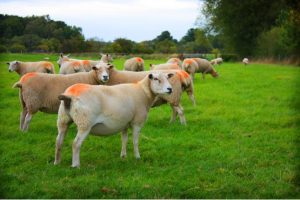 He said, “We hope as many farmers as possible will join the webinar to find out more about dairy sheep farming. We are in the early stages of our research, but we believe that Wales could establish a profitable and sustainable dairy sheep sector. Our initial research points to dairy sheep being a realistic, profitable and sustainable sector with high-growth prospects and excellent added-value opportunities for farmers. It is a sector that would utilise farmers’ existing skills, create employment, and support ancillary industries such as food and tourism. To take the study forward, we need to gauge the level of interest from farmers and processors. Sheep milk poses a great opportunity for farmers and those who produce high-quality dairy products while adding greater diversity and resilience to the Welsh rural economy.”

Taking part in the webinar were Welsh producers Alan Jones and Huw Jones – who shared their experiences of dairy sheep farming at their farms in North Wales.

Alan has been milking sheep at his organic farm at Chwilog near Pwllheli for nearly five years. He had previously considered goats as a farm income stream but became interested in milking sheep after hearing about a Welsh ewe’s milk cheesemaker looking for more milk suppliers. He now has 200 Lleyn ewes and aims to increase the flock to 400. The milk predominantly goes for cheese production, with some also going to an artisan chocolate maker.

He says, “It’s going well, we are doubling production each year. It is very important though that you find a buyer for the milk before you start producing, or that you are prepared to process it yourself.”

A Farming Connect exchange programme to France inspired Anglesey farmer, Huw Jones, to take up milking sheep. Huw, who farms at Llanerchymedd, started in 2019 by purchasing 50 ewe lambs. He has just finished his first milking season, and this year has more than doubled the number of ewes put to ram.

Says Huw, “It’s an exciting time for the dairy sheep industry in Wales. There is a growing market, especially with people looking into different types of milk alternatives. I sell to a local cheesemaker and next year I hope to start making milkshakes.”

Another Welsh farmer who has taken up milking sheep is Pembrokeshire farmer Eurig Evans, enabling him to return to his roots and secure a future for his farm. The farm’s dairy herd was sold in 2010, but Eurig never lost the enjoyment of milking and was looking for a sustainable and profitable new venture. After reading an article about dairy sheep, Eurig suggested his local Agrisgôp group make a fact-finding trip to an established dairy sheep enterprise in North Wales.

Eurig, who farms at Llanychaer near Fishguard, took over his flock from a cheese producer looking to semi-retire. There are currently 85 Friesland x Romney ewes which Eurig is gradually increasing. With demand for ewe’s milk products growing, it is a sector which is benefitting his farm.

He says, “I see milking sheep as a golden opportunity, particularly for small Welsh farms. The costs are low as you don’t need to spend thousands of pounds on buildings or sophisticated milking parlours. Just keep it simple and produce a quality product. However, unless you intend processing and making your own products, you’ve got to find a buyer – that is key.”

As mentioned above it is key to find a buyer or be prepared to process the milk yourself before starting this diversification project. One highly effective method for those looking to start dairy sheep farming could be to team up with a local cheese producer in a joint venture. A cheese producer, who is looking to start-up, may struggle to find suitable premises at an affordable rate so by teaming up and creating a joint venture both new businesses can benefit. You end up with a cheese producer on-site and a bigger slice of the profit (slice of the wheel – if you will) and the cheese producer has a secure processing unit and direct communication with their supplier.

The key to selling any artisan product such as sheep cheese is to have effective marketing to reach your ideal customer. Therefore we would recommend ensuring you have budgeted for marketing support or have someone who can take care of this aspect within the business. To find out more about how we can help book a free consultation today.