At Flame Marketing we love an unusual farm diversification project and this lamb diversification is a perfect example. This farming couple is adding value and creating a new product that allows them to have a much higher 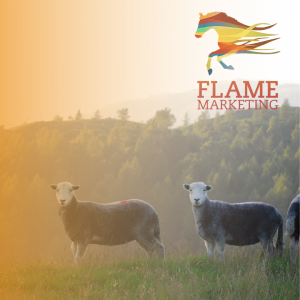 FARM owners who are the first in Scotland to produce smoked lamb say farm diversification will be key to the industry’s survival.

James and Karen Baird built their own smokery on their 300-acre cattle farm in the Scottish Borders and started offering a take-away service during the pandemic. Orders came flying in and they are now supplying a local restaurant, which says it’s one of the most popular dishes on the menu and hope to take the niche product to supermarkets across the UK. Further down the line, they would like to launch a barbecue school on Potterland Farm with accommodation, capitalising on the current agritourism trend and also plan to launch smoked haggis for sale.

The idea for the smoked lamb came from Mrs Baird’s brother Ed, a chef who runs a restaurant in Castle Douglas, Mr Pook’s Kitchen.

“James had built him a little smokery out of oil drums,” said Mrs Baird, 40. “We were looking at it thinking, what’s going to be the future, with Covid, and we just thought, why don’t we build our own one and do take-away food? Then we thought about using our own lambs and combining my brother’s cheffing skills and James’ engineering skills.” 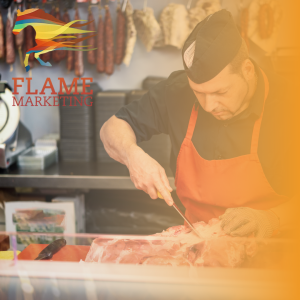 “We’ve never found smoked lamb anywhere. You get smoked salmon and cold smoked products, that’s a classic Scottish thing but hot smoking is really unusual in Scotland and most people smoke pork or brisket.
“It’s one of the top sellers in the restaurant. Because the actual smokery is not finished yet, our production levels are low but we are building it slowly. When it’s finished we will take the product to a wider audience. We really want to get it out there and what we would really like to experiment with now is smoked haggis because we want to use every part of the animal,” added Mrs Baird, who is also a solicitor and runs a small legal firm.

The couple, who have two children Jessica, 12 and Gregor, 9, inherited the farm earlier than expected in 2009 after James’ father John died at 57, just a few months after being diagnosed with cancer. “We had a five-week old daughter at the time and there was a lot going on in the farm,” said Mrs Baird. “James is a very good farmer and a good mechanic but the managing had always been done for his father. It was very difficult, very daunting”, added Mr Baird, 44,  who has experienced periods of depression, which led to him being hospitalised at one point.

The generations-old farm began to suffer financially and the couple reduced the herd size to relieve some of the workload and pressure.

“Partly due to both of our individual characters, my father hadn’t started to pass anything on to me and I hadn’t really wanted to start taking over,” said Mr Baird. “I went from – in a short period of time – being an employee on my father’s farm to being in sole charge. We’ve changed quite a lot on the farm, we reduced the amount of stock we have to a level I can manage on my own. I’ve actually found the pandemic easier because I’m used to working alone on the farm.”

The couple were invited to take part in an STV series hosted by Countryfile presenter Adam Henson illustrating how farms across the UK are diversifying. 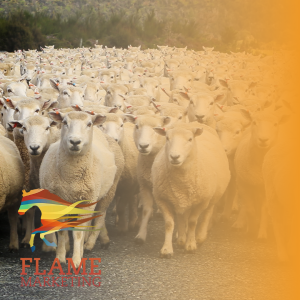 “We try to focus on creating a more premium product,” said Mr Baird. “That’s part of the reason for the smokery, to create a product that may be a bit more in demand. We’ve got to accept that the general trend is towards eating less red meat. Ironically, when the world does badly, farming prices tend to go up, “added his wife.

“When we applied for the show {pre-pandemic} farming prices were quite low, around £50 to £70 per sheep and when they started filming prices jumped to £100 a sheep. The difficulty we have always found with farming is that you do all the work, then a year or so later, you are told what you are going to be paid. What we were trying to do with the smokery was bring certainty to the price because the price doesn’t seem to fluctuate in the supermarkets the same as it does in the farmers’ pockets.”

Article taken from The Herald