SEO and Your Agri-Business! Setting Your Business Up for Online Success!

Why agroforestry is adding value on arable farms 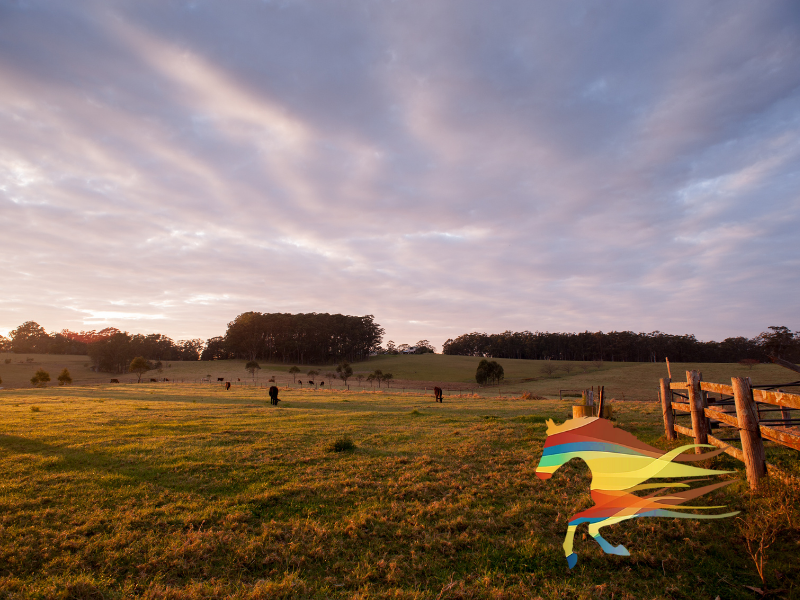 Why agroforestry is adding value on arable farms

Agroforestry – the growing of trees and crops on the same piece of land – brings diversity and resilience to a farming system, blending food production and public goods provision, claim enthusiasts.

Offering both above- and below-ground benefits, strips or alleys of trees provide areas of refuge, shelter and wildlife habitat, while also helping to improve soil health and manage water flow. Where hedgerow planting and restoration is already being done on a farm, it’s a logical next step to consider agroforestry, suggests independent adviser Niels Corfield, who sees it as one of a suite of options for a more sustainable system.

“Going from trees at the edge of the field to trees in rows through the field often makes sense,” he says. “If hedges have a place on your farm for the value  they bring, then it’s likely that agroforestry will too.”

He adds that the lack of fungal activity in soils is another good reason to consider putting trees through fields, as they are strongly associated with a different class of mycorrhizal fungi to herbaceous plants, helping to get soils functioning well and cycling nutrients.

“Where there are plenty of below-ground interactions, you get a broader selection of nutrients being mined and made available, which also helps with soil structure and water infiltration.”

A strip of trees can have the same habitat function as margins or buffer strips, bringing benefits for wildlife, so placing them in the middle of fields brings another dimension to the biodiversity offering.

“If you already have beetle banks, for example, why not incorporate trees as well?”

Agroforestry: Is it for you?

It might still be on a small scale, but there is plenty of interest in agroforestry and a desire among farmers and landowners to find out more, reports Robert Brett, farming consultant at Ceres Rural. 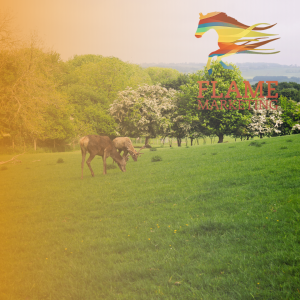 While it can be difficult to quantify the benefits, planting trees to boost biodiversity appeals to most, he confirms, with many seeing the ability to generate income in the future being a bonus.

Not surprisingly, lack of expertise is one of the barriers, as is nervousness about being able to market the produce and secure funding to help with set-up costs, he adds. However, the fact that clients are asking about suitable sites and soil types, planting patterns and understorey considerations shows the level of interest.

“Most farms have a field where it could work,” says Mr Brett. “If you’re worried about taking land out of production, look at fields on the edge of a village, as well as the potential to add trees to glamping and livery enterprises, or other projects such as dog walking fields and pumpkin patches.”

Agroforestry might consist of faster-growing broad-leaved species than already exist on the farm, or productive tree species, such as fruit and nut, that can be used in a juicing diversification or farm shop, or sent to a local brewery.

In general, there are three main classes of tree species:

The type of trees you opt for will depend on the soil type and altitude of the chosen site, as well as its proximity to any infrastructure required, such as a yard, csays Mr Corfield.

“Take advice from a reputable supplier,” he advises. “They will have a list of varieties and their suitabilities. Modern or heritage varieties can be grown – just avoid those that are susceptible to disease.”

Fast-growing, vigorous species will yield in a few years, so having some hybrids in the selection is a good idea, he believes. “If you’re planting a mix of varieties, aim to match the growth rates in the row.”

Fruit trees always need pruning, and early intervention prevents ongoing issues. The principles are straightforward providing you get your eye in and know what tree shape you are aiming for. A mix of winter and summer pruning is required, as there are two types of growth, with the emphasis on summer action based on tree observation and regular pinching out.

“Winter pruning stimulates vegetative growth, which is not desirable in most circumstances, while summer pruning produces more fruiting growth.”

Otherwise, keep an eye out for aphid infestations in young trees and hold back with granular nitrogen. Conditions that produce lush growth in crops will encourage canker and mildew in trees.

“A better option for trees is to go down the biological route.” 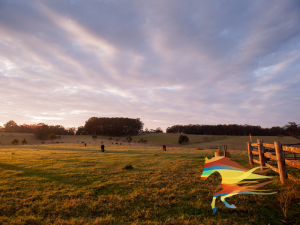 At the start of any agroforestry project, due diligence with establishment is essential, advises Mr Corfield.

“The planting site must be weed-free for the first one to two years, and moisture stress must be avoided,” he says. “It’s always worth going the extra mile in the first year.”

For weed control, mulching is preferable to spraying, but whichever option is chosen, it must be scalable across the whole area. With productive trees, spot mulching should be maintained for three years and done to a depth of 7.5cm.

“Mulching feeds soil fungi, too,” says Mr Corfield. “It’s also a good idea to use composts and root dips at planting, so you reduce the risk of any losses.” Woodchip is the best mulching material, with softer hardwoods being preferred. “It doesn’t have to be fresh and you can mechanise its application by using a feeder wagon.”

Where there is access to water, make use of it on new plantings in dry conditions, as the saplings have very little root. Light land sites are the priority, stresses Mr Corfield, especially if they have been planted in the spring.

“You want to get the water on before you see wilt occurring.”

Oxfordshire farm manager Julian Gold is experimenting with a “halfway house” version of agroforestry, as he looks for a system that addresses farmer concerns over permanence and land values. He also wants to develop a system where new management skills are not essential, and that provides quicker results than traditional slow-growing tree setups.

“Agroforestry is a no-brainer in terms of increasing field biodiversity and carbon capture,” he says. “However, even though tree numbers a hectare are relatively low, there is an understandable reluctance to plant trees in the middle of good arable fields. I’m trying to find a way round that and to come up with a palatable system that may be more acceptable to mainstream agriculture.”

Working with the UK Centre for Ecology and Hydrology (CEH), he has planted 100m of diverse native hedgerow in an existing AB8 flower strip that runs through a field, using skills and equipment he already had.

Mr Gold has also planted a double line of hazel coppice in the same strip – with the plants at 2m intervals in two staggered rows 1m apart. This is so he can alternately coppice each row, with the material either chipped or the sticks sold.

“Hedgecutting is done in a three-year rotation involving each side and the top, so that it allows a constant supply of habitat,” he says. “It was quick to establish and has given the in-field strips a 3D aspect, as well as helping with carbon capture.”

Already at waist height, the hedge runs from north to south and is providing a quicker solution to a more traditional approach, he adds.

The hedgecutting is done with a standard farm hedgecutter, while the hazel coppicing is carried out with a circular saw or chainsaw.

“It’s an instant version of agroforestry,” Mr Gold explains. “One of the barriers is that agroforestry is often seen as a long-term technique that devalues the land and requires complex management.”

The system in place would be easy to remove at any time and requires simpler management than tree rows, he believes. The trial is being conducted on land that had already been taken out of production and should give results within two to three years. The trees established well, but did require constant watering in the first year, he recalls.

“I am convinced of the benefits of agroforestry, but I wanted to find a way of making it workable on this farm. It will be interesting to see what the CEH monitoring results show in terms of additional biodiversity over and above the flower strip alone.”